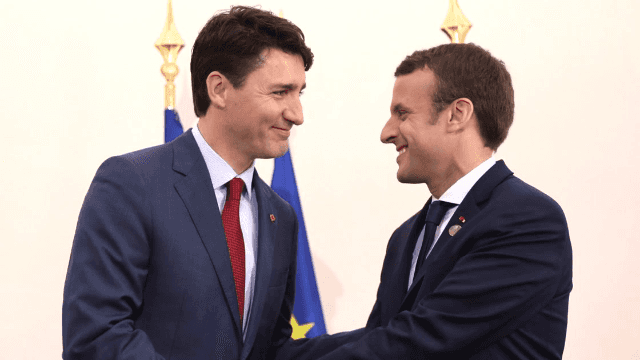 Justin Trudeau and Emmanuel Macron went for a stroll in Sicily and Twitter is writing fanfiction.

The leaders of the world's leading economies, the G7, are meeting in Sicily to talk leading economy stuff, and the internet is celebrating the blossoming political bromance between Handsome Canadian Prime Minister Justin Trudeau and Handsome French President Emmanuel Macron.

The two went for a stroll around the coastal Sicilian city, and discussed what we imagine was French poetry in French, giving birth to all sorts of memes.

The romantic backdrop of Sicily came straight from your dream journal.

Justin Trudeau looks like The Bachelor and Macron has just stolen him away for a second. pic.twitter.com/tXLdSrD02j