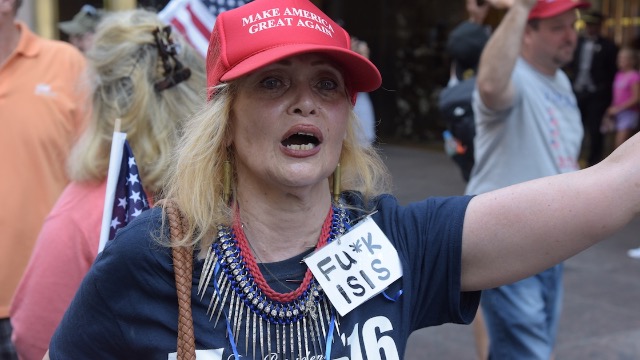 23 ex-Trump supporters share the 'last straw' that made them change their minds.

Donald Trump's supporters are nothing if not loyal. Which is why regardless of what he says or does during the past four years, it seems he's been able to maintain the fierce and vocal support of much of his base. But not all Trump supporters have remained steadfast in their support. And some have even gone so far as to completely turn the tables and drop off their MAGA hats at the GoodWill. Regardless of your political beliefs, you have to admire someone with the guts to admit you were wrong or to change your mind about something you once felt strongly about.

Someone asked ex-Trump supporters of Reddit to share the "last straw" that made them change their minds. These 23 people share what made them decide they no longer want to "Make America Great Again":

Personally I was in the "okay, I'm going to give him a chance because that's the right thing to do; I'm not going to judge someone before researching them" camp. It didn't take long before I realized this dude is clueless... By that I mean before the end of my lunch break on the day he announced his campaign (I didn't know anything about him before, I never felt the need to read the news concerning him... Having gone back and seen the old news stories about him.... Can't say I would blame anyone for not giving him a chance).

However, my father was a full on Donny supporter ever since the escalator.... Incident... On occasion he would admit things were bad (basically whenever he heard Donny giving a speech...), but my dad is a bit of a single issue voter and kept supporting Donny and ignoring everything bad. The responses to the recent riots seem to have turned him into a Sanders supporter somehow... I'm not sure how he skipped Biden and went all the way to Sanders, but if I never have to hear my dad say "Uncle Donny" again then I'm happy...