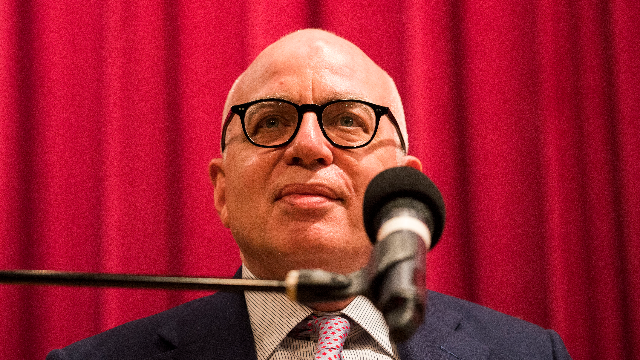 'Fire and Fury' author kicked off MSNBC after denying he started a Trump affair rumor.

On with Bill Maher last week, author of the super-headline-making Trump tell-all Fire and Fury, Michael Wolff, said he was "absolutely sure" that Trump's having an affair. He just couldn't come right out and say with whom.

The internet quickly pointed to a passage in Fire and Fury that mentioned "the president had been spending a notable amount of private time with [Nikki] Haley on Air Force One and was seen to be grooming her for a national political future."

Haley, the U.S. ambassador to the United Nations, immediately called the rumors "disgusting" and "highly offensive."

Which leads us straight to Michael Wolff's Thursday morning appearance on Morning Joe with Mike Brzensiski.