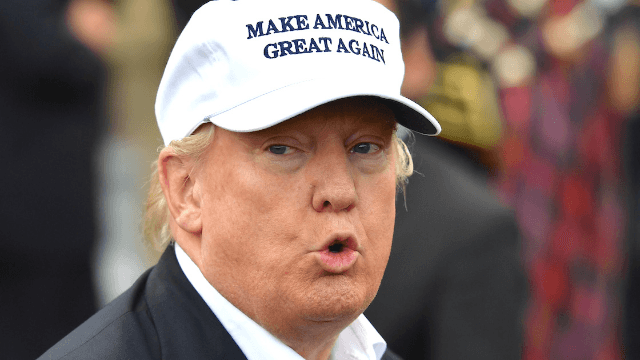 Flash mob spells out a message on Trump's golf course and it's not 'great job!'

A group of approximately 200 people showed their dedication to the #resistance by showing up at one of Donald Trump's golf courses at 8 am on Saturday morning. And not to play golf.

The group, who calls themselves "Indivisible San Pedro" held a "flash mob" protest at the National Golf Club in Rancho Palos Verdes, California, CBS reports. Using their bodies to form letters, they spelled out a brief but powerful message. And it wasn't "great job!" Not even close.

An aerial photo of the message has gone viral on Twitter:

The protesters spelled out the word "resist!" Apparently it's a shorter version of what they'd initially planned to write. "You cannot spell 'release your taxes' as easily so we used 'resist' to stand for what our ask is," protestor Peter Warren told CNN. "We got a tremendous response."