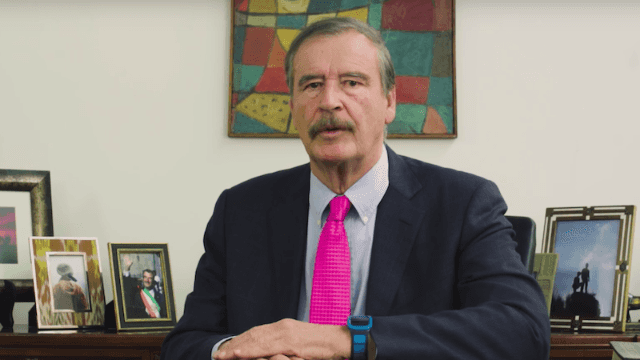 Former Mexican president Vicente Fox has been expertly trolling Donald Trump since his presidential campaign took off. First, Fox told him that his country would never pay for a border wall. Then he went after Trump's taco bowls. Nowadays he roasts Trump on POTUS' favorite social media platform.

But Fox really wants the best for Trump and the American people. Which is why he filmed this handy video guide with Super Deluxe, explaining to our commander-in-chief how to avoid blowing up the entire world. Along the way, of course, he mocks Donald for dodging the Vietnam draft and those record-low approval ratings. But his best advice is also the simplest: Quit.

In trying times like these, it's nice to know we have an ally south of the border.