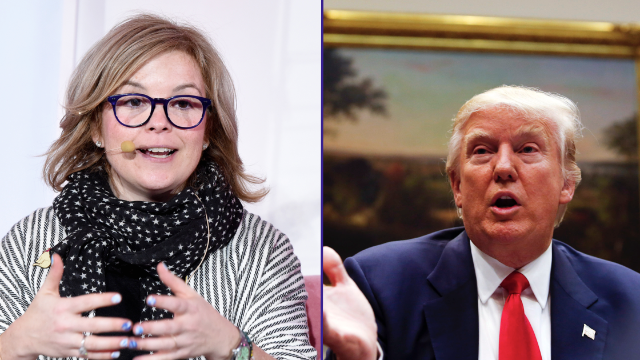 Alyssa Mastromonaco worked for Barack Obama for 12 years and served as his White House Deputy Chief of Staff from 2011 to 2014–so it's safe to say she knows a tad more about his presidency than Donald Trump does.

Friday morning, Trump woke up early and presented America with a tweetstorm of nonsense. Perhaps the most nonsensical tweet was the one where he claimed he has made more progress against ISIS this year alone than Obama did in eight years.

We have made more progress in the last nine months against ISIS than the Obama Administration has made in 8 years.Must be proactive & nasty!

And while many Trump critics responded by telling Trump he was wrong, no one did it better than Mastromonaco, who reminded the president of the Obama administration's biggest action against terrorism in one perfect tweet: