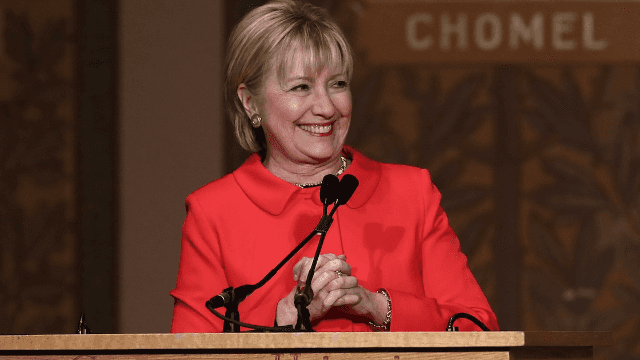 A Fox News anchor is demanding that Republicans apologize to Hillary Clinton. No, we're not kidding.

So many crazy things have happened in American politics over the last few months that almost nothing can surprise us anymore. Well, nothing except this. Juan Williams, a co-host on the Fox News show, The Five, has authored an op-ed demanding that Republicans apologize to Fox News' least favorite person, Hillary Clinton.

No, this isn't prank. A Fox News anchor actually wants Republicans to say they're sorry to Hillary Clinton.

"When will Republicans drop the partisan games and apologize to Hillary Clinton?" Williams wrote in his piece, published by The Hill.

Granted, Williams is one of Fox News' more left-leaning correspondents, so that may be why he's on Hill's side here.

Williams noted how Republicans mocked Clinton for saying, "If the election had been on October 27, I would be your president," at a forum in New York City earlier this month. (She was referring to former FBI director James Comey re-opening the investigation into her emails during the final days of the 2016 presidential race, which certainly didn't help her campaign.)