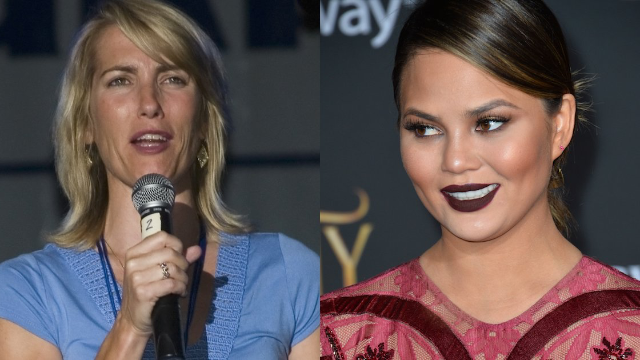 ICYMI: Chrissy Teigen was named one of Time Magazine's list of 100 Most Influential People of 2019. No doubt, the woman has influence—Teigen has relentlessly called out people in power on Twitter, becoming known for her razor-sharp roasts of the Trump regime, and even getting blocked by the President. Recently, she and her husband John Legend (google him—he makes musics!), attended the Democrats' Issues Conference in Leesburg, Virginia, where they discussed their opinions on current political issues, and Teigen took a brutal swipe at Ivanka.

But behind every great woman is a hollow shell of a human with hate, bitterness and ignorance swirling around in the cavernous hole where their soul should be. I am, in this case, talking about talking KKK hood Laura Ingraham.