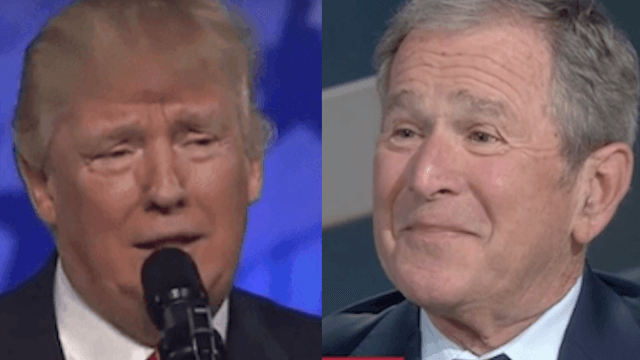 This morning on Today, George W. Bush gave his first in-depth interview since the inauguration in January. Speaking to Matt Lauer, Bush expressed an opinion about the media that sounds quite different from that of President Donald Trump.

Matt Lauer asked George W. Bush if he ever considered the media to be the enemy of the American people (like Trump tweeted), especially during the times when a lot of negative press was being written about him. Bush answered,

I consider the media to be indispensable to democracy. That we need an independent media to hold people like me to account. Power can be very addictive, and it can be corrosive, and it's important for the media to call to account people who abuse their power, whether it be here or elsewhere. One of the things I spent a lot of time doing was trying to convince a person like Vladimir Putin, for example, to accept the notion of an independent press. It's kind of hard to tell others to have an independent free press when we're not willing to have one ourself [sic].