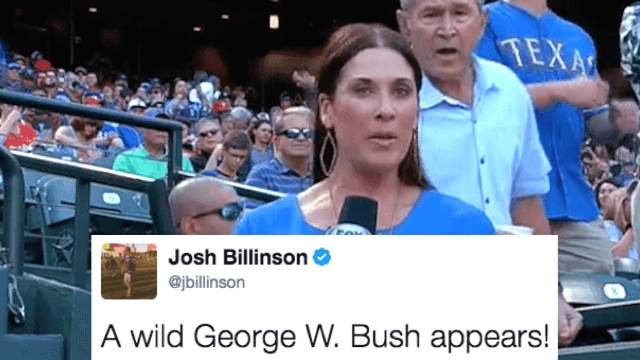 We never thought there'd come a time when seeing George W. Bush in the news would people on both sides of the political spectrum go "Awww! THAT guy!" like he's our goofy, lovable uncle and not the former controversial, war-starting president of the United States.

But here we are.

In keeping with his new role as "goofy uncle," George W. Bush was at last night's Texas Rangers game against the Phillies when he crashed a live broadcast by Fox Sports reporter Emily Jones. Why? Because he wanted to say "hey!" Typical Dubs.

The hilarious moment is going viral on Twitter, because these are stressful times and we need this right now: