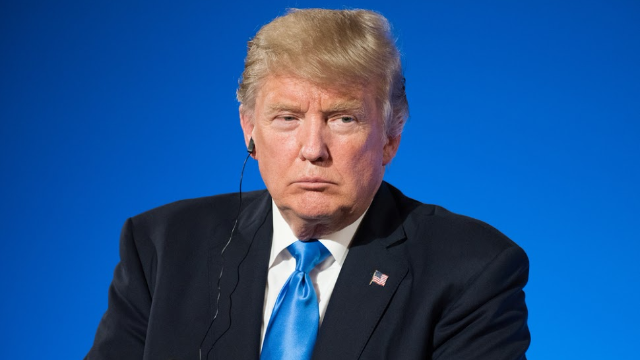 Meet 'girthers,' people who believe Trump's weight is a conspiracy.

For all his ruckus over President Obama's birth certificate and his belief that Obama was born in Kenya, Donald Trump became known as the head of the birther movement. Now, Trump is the body of another movement: Girthers, or people who think Trump weighs more than his doctors are letting on.

The conspiracy theory began when the public got our hands on Trump's health information, courtesy of his physician Ronny Jackson. According to the report, Trump weights 239 pounds.

Trump health update in a nutshell, via Dr. Ronny Jackson -->

People couldn't help but notice that the weight as compared to height was just shy of an obese classification. "A very convenient single pound," someone wrote on Twitter.