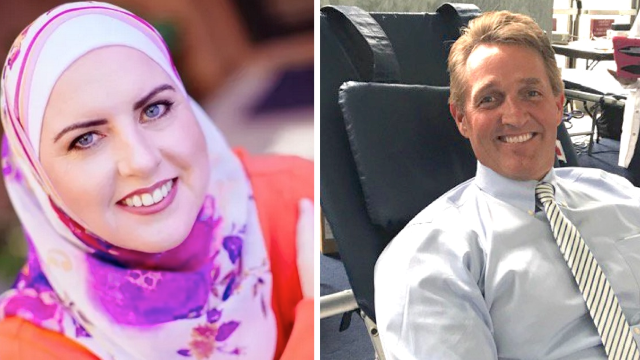 GOP Senator offers support to Muslim woman running against him amidst racist attacks.

Here is a nice and not-horrible political news story: A GOP senator is defending his opponent after she inundated with racist attacks just for being Muslim.

Deedra Abboud, an attorney running as a Democrat in the Senate race in Arizona, endured racist name calling and violent threats on social media after posting about religious tolerance on Facebook.

Here are examples of the hateful insults hurled at Abboud. Oops, looks like we left the names on these comments:

"Nice try but your first love is Satan (AKA Allah) and your second love is to a litter box your ‘people’ come from. You are as American as Chinese checkers," said horrible racist S. Jason Parr.

Hateful moron Brian Zappa chimed in with, "How about go $#%# yourself. Towel headed piece of $#^%."