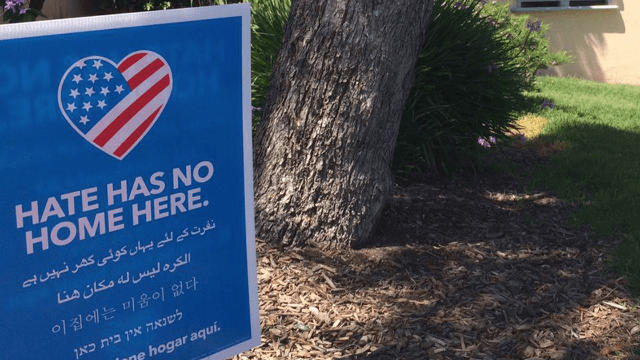 A Trump supporter sent a letter-to-the-editor raging against the non-partisan "Hate Has No Home Here" signs popping up all over his Winchester, Massachusetts hometown. In doing so, he tossed an alley oop to a seventh-grader named Luke Macanucco, who quickly became the clapback king of Winchester.

It's safe to say Luke's response has been a lot more lauded than John Natale's complaint.

This response from a *7th grader* is 🔥. pic.twitter.com/dTJWel2azV

Natale, angry not only at the "annoyance" of the message but at the fact that his own Trump signs were repeatedly vandalized, argued that "your 'hate' sign is totally uncalled for because it says that Winchester has a hate problem. Where is it?"