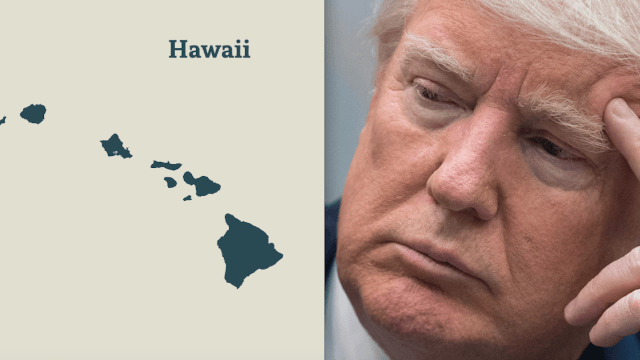 The night before Trump's Muslim Ban 2.0 was set to take effect, a federal judge in Hawaii has halted it with a nationwide restraining order, The Wall Street Journal reports. Talk about a buzzer beater! The new version of the travel ban would temporarily suspend entry into the U.S. from six Muslim-majority countries: Iran, Libya, Somalia, Sudan, Syria and Yemen. And U.S. District Judge Derrick Watson, who is the hero behind the halting, had some strong words about the ban:

"The record before this Court is unique. It includes significant and unrebutted evidence of religious animus driving the promulgation of the Executive Order and its related predecessor."

People are feeling proud that Judge Watson stood up against the ban and served Trump a legal blow, as well as speculating what Trump's response to his second rejection on this bill by a Ninth Circuit judge will be like, as we know he gets quite angry when people don't give him what he wants. Here are some of the best responses to the halting of the travel ban thus far: