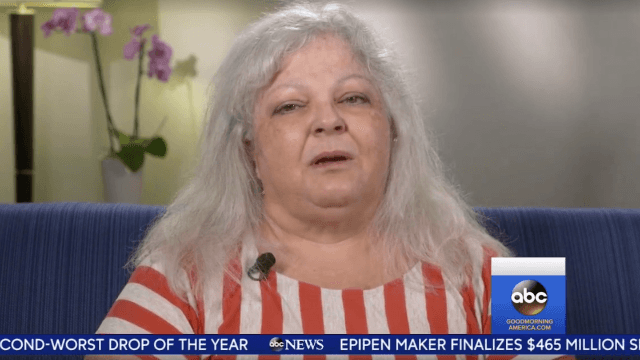 Charlottesville victim Heather Heyer's mom refuses to talk to Trump. No one blames her.

32-year-old Heather Heyer was killed in Charlottesville, VA over the weekend when a white supremacist drove his car into a crowd of protesters. Her mother Susan Bro says she hasn't spoken to President Donald Trump yet, and frankly, she doesn't want to.

Bro spoke with ABC News in a segment that aired on Good Morning America on Friday. She said that members of the president's staff have tried to reach out to her, but after seeing his remarks on Tuesday, she has no interest in responding.

"I understand that President Trump wants to speak with me … it’s not that I’m trying to be calloused, it’s that I have no interest in speaking to politicians just to hear them say,’ I’m sorry,’" Bro told ABC News. "If I felt like that’s all they wanted to say, that would be different, but I feel like I’m wanted to be used for political agendas and I’m resistant to that."