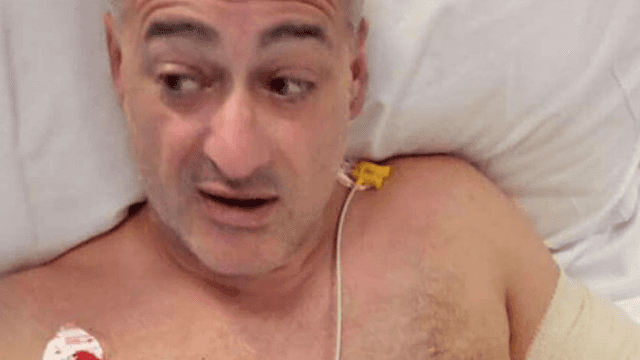 Hero who fought off terrorist attackers gets lovingly trolled with gift from friends.

England has survived two major terrorist incidents in the past month: the bombing at Ariana Grande's concert in Manchester in May, followed by a series of horrific attacks by London Bridge this past weekend. But even in the face of consecutive tragedies, the Brits clearly haven't lost their triumphant spirit or sense of humour.

The perfect example is Roy Larner, a 47-year-old Londoner who was stabbed by knife-wielding Jihadists at a pub near London Bridge this past weekend, after he attempted to single-handedly fight off three of them unarmed, the Guardian reports.

Larner made headlines for shouting "Fuck you. I'm Millwall!" (a British football team of which he's apparently a big fan) at the terrorists. He was sent to the hospital in critical condition and is now recovering from multiple stab wounds to the face and chest.

To honor this wounded hero, his friends trolled him with a cheeky hospital gift. Because apparently, in England there's no such thing as "too soon":