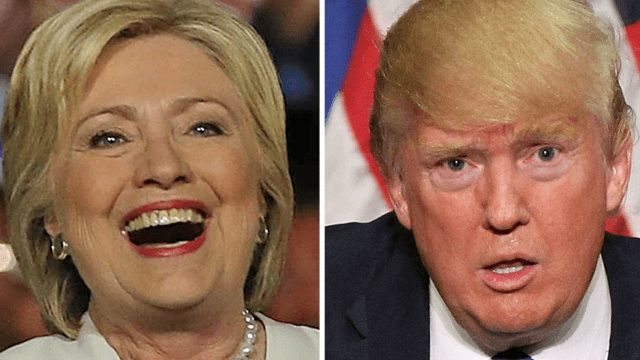 On Wednesday night, after a long day of tweeting, President Donald Trump kicked off his shoes and relaxed by trying to deflect some attention to his old rival Hillary Clinton. Attacking her recent statements at a California conference in which she said, "I take responsibility for every decision I make—but that's not why I lost," Trump slammed his favorite foe:

Crooked Hillary Clinton now blames everybody but herself, refuses to say she was a terrible candidate. Hits Facebook & even Dems & DNC.

And ended up lobbing Clinton an easy Twitter alley-oop.

Which her supporters obviously loved.