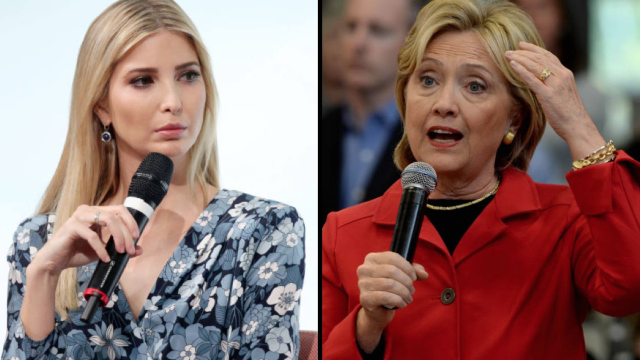 Hillary Clinton was asked about her feelings on Ivanka Trump. She did not hold back.

Since losing the presidential election to Donald Trump in 2016, Hillary Clinton has been mostly laying low, running around the woods, and working on her memoir, What Happened. But now that said memoir has finally been released, Clinton is back in the spotlight to promote her book, and is giving her first interviews since her stunning loss.

One of her first stops was to Refinery 29, where Clinton was asked if Trump's daughter Ivanka should be held responsible for her father’s actions. Clinton did not hold back: