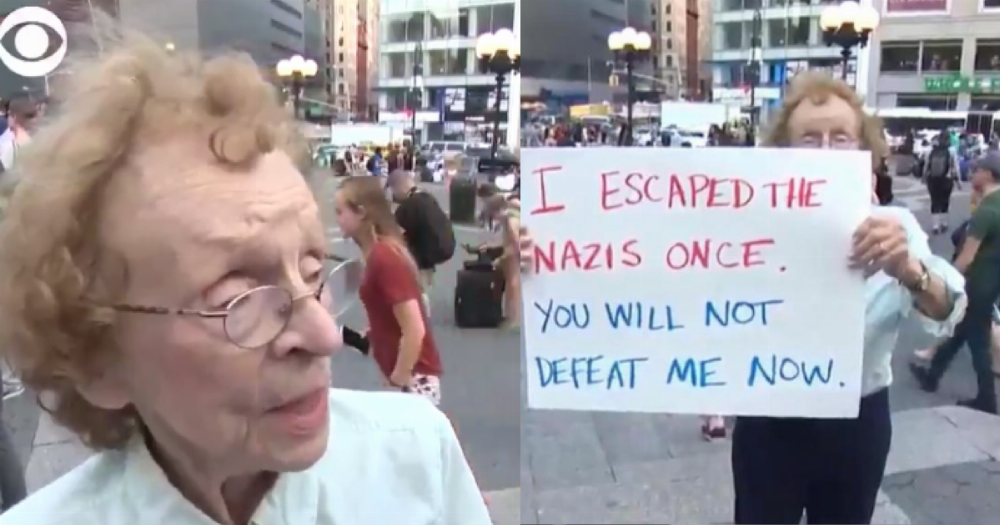 After a weekend of racism-fueled violence in Charlottesville, all kinds of people came out to counter-protest. 89-year-old Marianne Rubin, who escaped the Nazis in pre-war Germany, stood up in New York City to fight against the reemergence of the views that led to her immigration at age 12.

Rubin is in the streets protesting against history she's already seen up-close once before. She carried a sign that read "I escaped the Nazis once. You will not defeat me now." CNN anchor Seth Lemon shared a photo from the site in Union Square, which has gone viral on Twitter with hundreds of thousands of retweets and likes.

Rubin shared her story with Lemon. "My father was pushed down and I helped him get up and then we went to France... and then we came here," she said.