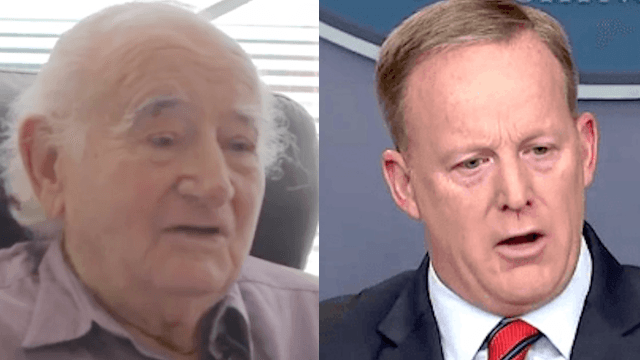 During a routine press briefing on Tuesday, press secretary Sean Spicer compared Hitler favorably to Syrian leader Bashar al-Assad, claiming that even Hitler "didn’t even sink to the level of using chemical weapons" during World War II. That is, of course, entirely incorrect. In the wake of Spicer's uninformed comments, which caused an immediate backlash on social media, a Holocaust survivor is now speaking out against him. He shared his thoughts with Mic.com in a video that's now gone viral.

Spicer has since apologized for his comments several times: