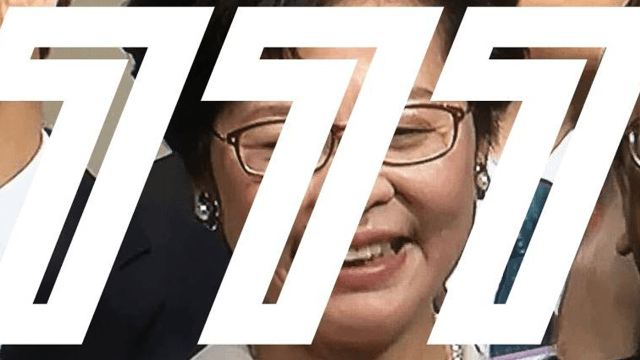 A group of 1,163 pro-Beijing government officials elected Carrie Lam as Hong Kong's next chief executive, putting the residents of the 7.3 million person city further under the thumb of a mainland government they resent. You can read about it over at the New York Times.

But when you're done, come back here and read about the dick jokes.

Carrie Lam won the vote with 777 ballots cast in her favor. In Cantonese, the word "7" is slang for penis. Can you guess what "777" is slang for?

Or it's just three penises in a row. There's also some confusion in English-language media over whether "777" refers to erections or impotency, with Mashable asserting the former and Bloomberg the latter. It seems like it's largely up to interpretation, with some just using the word as a stand-in for "stupid."