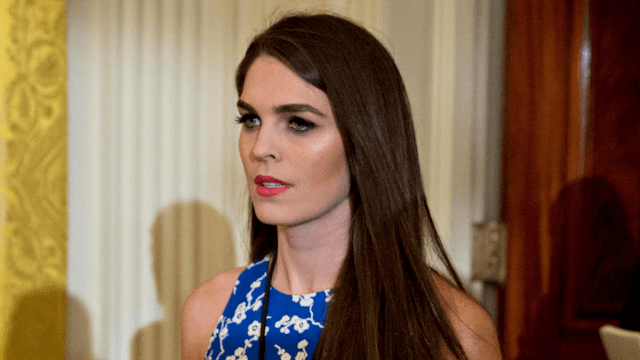 Hope Hicks is the latest Trump employee to try being communications director. Twitter is skeptical.

Hope Hicks was just named the new interim White House communications director, The Daily Caller reports. She'll take over for Anthony "The Mooch" Scaramucci, who managed to get fired after 11 days, even though he wasn't technically supposed to start until August 15. The Trump Administration really is setting all kinds of records!

So who is Hope Hicks? According to Newsweek, Hicks, 28, has been with the Trump campaign right from the start, serving as Donald Trump's campaign press secretary. In October 2014, Hicks was hired by the Trump Organization to do public relations, after having worked with Ivanka Trump doing PR for her fashion line.

Newsweek also reports that when the White House salaries were released in June, Hicks was revealed to be one of the highest paid White House aides, earning $179,700 a year.