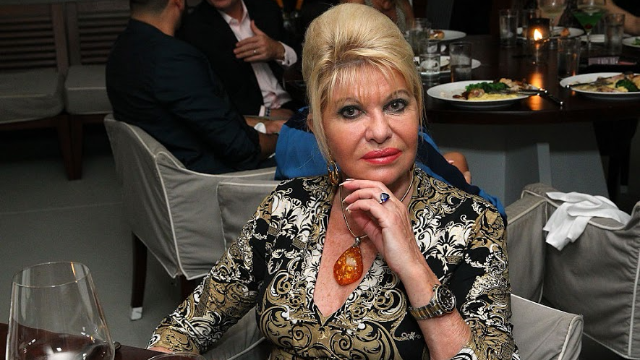 Ivana Trump thinks that Donald is 'definitely' a stable genius.

Ivana Trump took to Good Morning Britain to defend her ex-husband on pretty much anything you can accuse him of.

Ivana, who had a much-publicized divorce from Donald Trump in 1991, came out to support her husband's remarks and bolster his intelligence. In her interview, Piers Morgan referred to Trump's "shithole countries" comment as "borderline racist." Ivan Ivana responded, "I don’t think Donald is racist at all. Sometimes he says these things that are silly or he doesn’t really mean them but he’s definitely not racist I am sure of that." She may not know why he says the things he does, but as far as Ivana is concerned, racism isn't the reason.

Asked about Trump's instantly infamous "stable genius" remark, Ivana stood by his words. "I don’t think Donald is going to do anything unrational. He is a stable genius, definitely," she said.