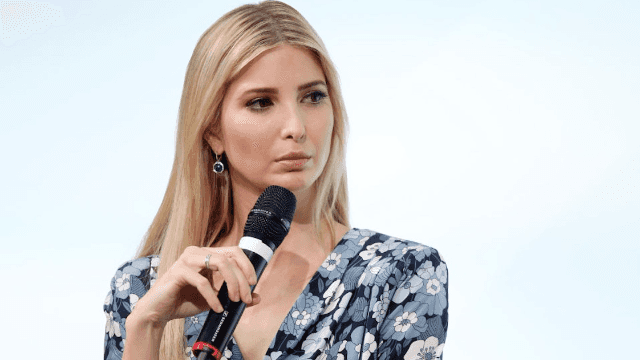 Ivanka Trump sat in for Donald at a G20 world leaders' meeting.

It looks like Ivanka Trump isn't trying so hard "stay out of politics" anymore. Ivanka reportedly accompanied Donald Trump to a G20 meeting about African migration and health on Saturday, and then briefly took her dad's place when he stepped out.

According to the BBC, when Donald Trump stepped out to attend another meeting with a leader from Indonesia. In his absence, Ivanka took his seat at a table with British prime minister Theresa May, Chinese president Xi Jinping, and German Chancellor Angela Merkel.

A photo of Ivanka sitting at the table was taken by a Russian attendee, who tweeted and later deleted it. But, social media had already gotten wind of it, and it quickly made the rounds on Twitter.