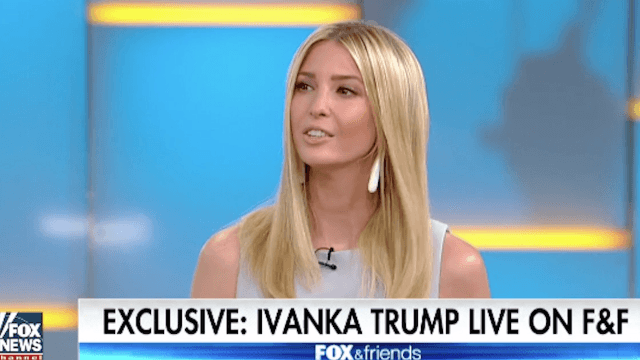 On Monday morning, Ivanka Trump, First Lady Daughter and White House advisor, spoke to Fox & Friends about the "viciousness" she was not expecting to encounter in response to her father's presidency.

Here's the clip of Ivanka saying "there’s a level of viciousness that I was not expecting" from Trump's critics pic.twitter.com/cVWTUm4Y2b

During the interview, Ivanka Trump stated:

“There is a level of viciousness that I was not expecting. I was not expecting the intensity of this experience, but this isn’t supposed to be easy. My father and this administration intends to be transformative, and we want to big, bold things.”

It's a strange statement given that her father ran one of the most vicious (if not the most vicious) presidential campaigns ever, calling for his opponent Hillary Clinton to be put in jail for her use of an unsecured server for her emails. He also mocked a disabled reporter, said Mexicans were rapists, and got into a public spat with the Muslim family of a soldier killed by a suicide bomber in Iraq. Not to mention the years he spent hounding President Obama about his birth certificate.