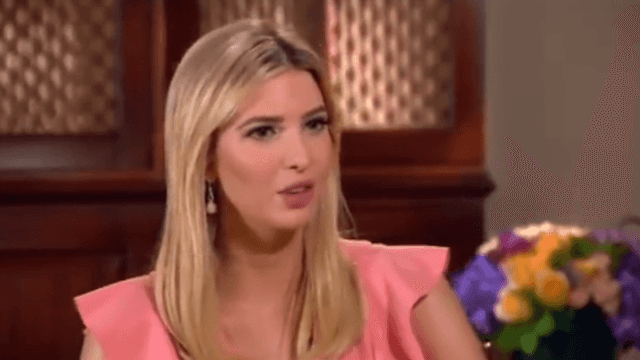 This morning, Ivanka Trump, special assistant to the president, told Ainsley Earhardt of Fox & Friends, "I try to stay out of politics." Go ahead, pick your jaw up off the floor.

Trump was interviewed on the morning show, ostensibly to talk about her work with her father, but as it turns out, politics is just not her thing! She claimed she stays out of politics when asked about her father's Twitter habit. “His political instincts are phenomenal. He did something that no one could have imagined he’d be able to accomplish," she added, apropos of nothing.