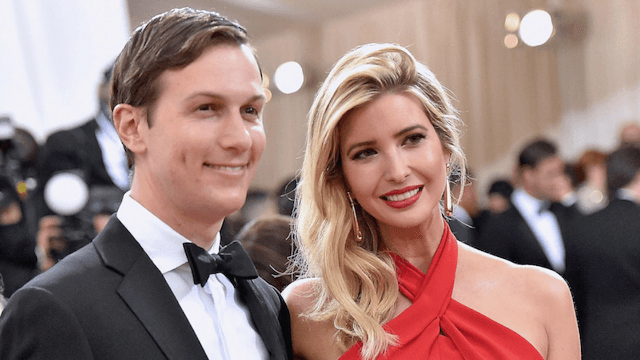 Half the country is annoyed at Ivanka Trump and Jared Kushner and they don't even have to live near them. Now imagine how annoying it would be if they were your neighbors, bringing with them all the Secret Service agents with whom they regularly travel. According to the Washington Post, it's as bad as you might expect.

Apparently Trump and Kushner's neighbors in their new D.C. neighborhood started to see "No Parking" signs cropping up, making space for the Secret Service cars. Rhona Friedman, Ivanka Trump and Jared Kushner's next-door neighbor, told the Washington Post that she was initially welcoming to the couple. But then two more "No Parking" signs appeared, this time directly in front of her house, and enough was enough. “I started screaming,” Friedman said.

There are now metal barricades along the street where they live, meaning pedestrians can't use the sidewalks next to the Trump/Kushner house. There are also reportedly Secret Service agents all around their house, having loud conversations and "even changing their shirts in public view," the Washington Post reports.