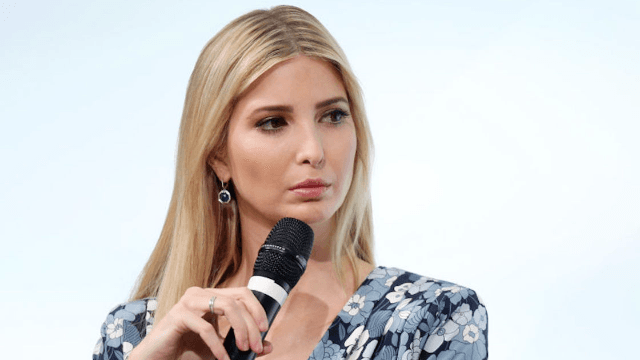 Ivanka Trump, White House advisor, daughter of the President, unknower of the meaning of "otherwise," went on Dr. Oz' show to discuss a serious issue faced by a lot of moms—postpartum depression. The episode doesn't air until Thursday afternoon, but CBS aired clips on Wednesday in which Trump talked about having "some level" of of postpartum depression after the births of her three kids.

.@IvankaTrump touched on a topic during our interview that women across the world can identify with: postpartum depression. Watch tomorrow. pic.twitter.com/Hf3CTxsmZN

In the clips, Trump, 35, tells Dr. Oz, “I felt like I was not living up to my potential as a parent or as an entrepreneur and an executive. And I had had such easy pregnancies, that in some way the juxtaposition hit me even harder." She called the issue "incredibly important," and mentioned that it was a condition "that affects parents all over the country."