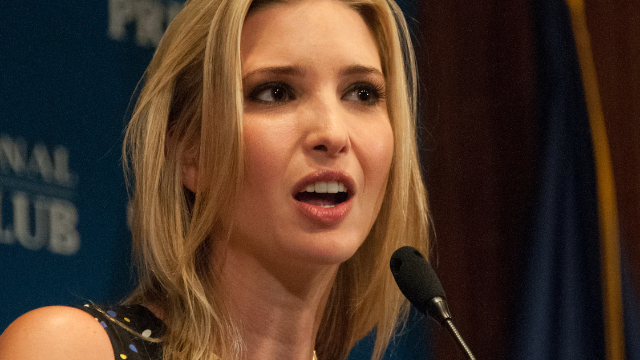 Ivanka Trump tweets about being on her way to 'the Hague.' Criminally dumb mistake.

When your family is mired in conflict and criminal-adjacent, with an extremely high likelihood of having committed crimes yourselves, it's probably a bad idea to tweet, period. It's an even worse idea to tweet that you are "en route to The Hague." The Hague, if you didn't know, is a city in the Netherlands known for being home to the International Criminal Court, where people go to face trial for committing genocide, war crimes and other crimes against humanity. I didn't know (I blame the U.S. education system and my very short attention span!), and it seems like Ivanka Trump didn't know, either. Because if she did, why on Earth would she tweet this??????

IDK, Trump family, but have you ever considered using some of your millions in blood money to hire a social media person???? Or, like, get a friend to tell you when your tweets are a bad idea (most of the time)???