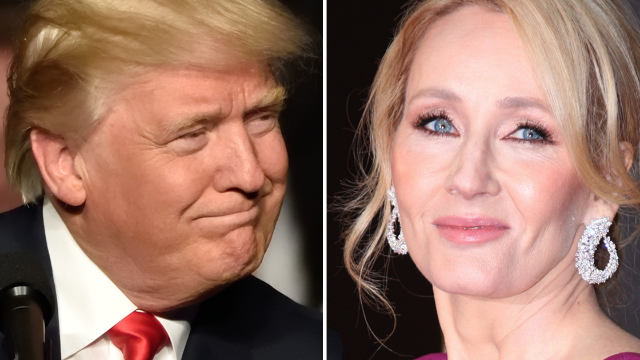 As flooding from Hurricane Harvey continued to wreak havoc on Texas, Donald Trump reflected on—why not—the name of the storm. "It sounds like such an innocent name," he mused. "But it's not innocent."

.@realDonaldTrump "Harvey. It sounds like such an innocent name, but isn't." pic.twitter.com/NuCwZFVG0f

Insofar as a name can be innocent—Hurricane Harvey's certainly not as shocking a name as, like, a Hurricane Voldemort or a Hurricane Adolf—the name "Harvey" has nothing particularly malicious in it. Obviously. It's just a name.

So the comment left everyone rolling their eyes at the commander-in-chief. Instead of demonstrating the competence of the federal government, he was musing on the fact that "Harvey" has a pleasant connotation. How could my friend Harvey do this to us?