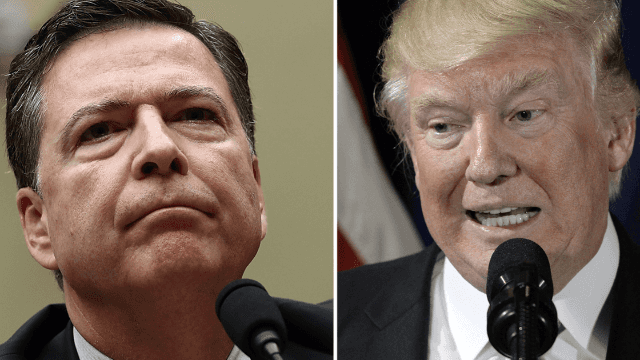 A Thursday report from the New York Times details all the ways that the former FBI director, James Comey, tried to maintain a professional distance from Donald Trump. One strategy was camouflage.

Comey was later fired by Trump, and reports that Trump may have pressured him to drop an investigation into former national security advisor Michael Flynn preceded the appointment of a special prosecutor into the Trump-Russia case.

But before he was canned, Comey's worst nightmare was appearing too "friendly" with the president. According to a friend of Comey's, Benjamin Wittes, one of his tactics to avoid the president's affection included actually hiding himself in the curtains at the White House.