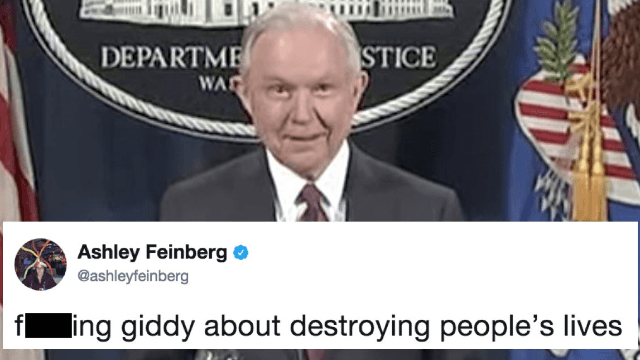 In a gross speech full of nativist talking points and abject lies about what the program is and does, Attorney General and Noted Perjurer Jefferson Beauregard Sessions III lived his dream of putting the lives of 800,000 kids in the balance as he declared the end of Deferred Actions for Childhood Arrivals, aka DACA.

Jeff Sessions told young people, for whom America is the only country that they can remember, that their protections are being "phased out," living his dream of getting to bleachify America and make it whiter.

Despite looking like a Keebler Elf, Sessions is an evil, evil man. Here are some good tweets that articulate that point.

Should be no surprise that the Attorney General is lying to us right now - he did it under oath to Congress and paid no consequences.