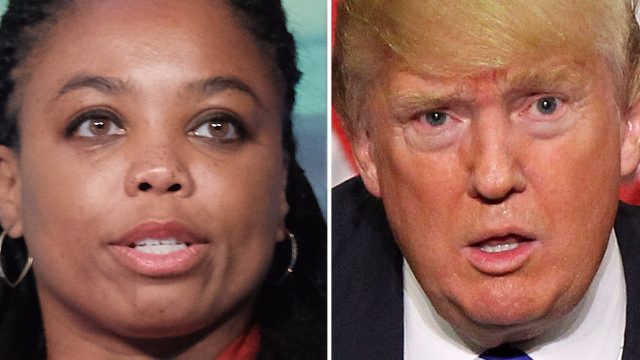 Earlier in September, after the White House directly called for ESPN to fire their anchor Jemele Hill over her strong anti-Trump comments, Hill took to Twitter to defend herself and her statements.

So, to address the elephant in the room ... #Facts pic.twitter.com/RTrIDD87ut

Hill had called Trump a "white supremacist" as well as "the most ignorant, offensive president of my lifetime" over his response to the Charlottesville protests. Many agreed with her. Many, too, thought her position at ESPN precluded her from talking politics.

The backlash against Hill was swift, although ESPN stopped short of firing her from the network (which seeks to appeal to sports fans on many sides, many sides).