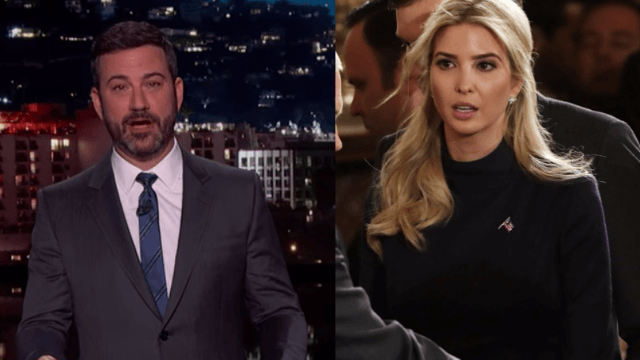 Jimmy Kimmel thinks he knows why Ivanka Trump got a White House office.

When the news broke earlier this week that Ivanka Trump, handbag designer, would be getting her own office at the White House, along with top security clearance, people were understandably confused. Ivanka declined to become an official government employee, but will continue in her role as "unofficial adviser" to her dad, full-time, in her very own office, with top security clearance, in the West Wing.

As the nation collectively scratches its head about what exactly Ivanka's going to get up to in the West Wing, Jimmy Kimmel proposed a couple theories.

After pointing out that most companies don't allow people to bring their daughters in to so much as sell Girl Scout Cookies, let alone advise on national security matters, Jimmy wondered if Ivanka's role would include overseeing her dad's famously impulsive Twitter habits.