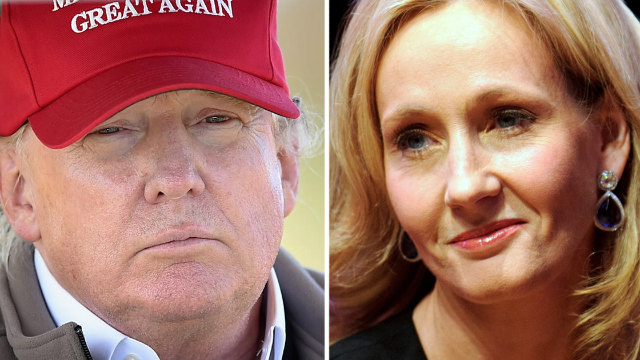 On Monday afternoon, J.K. Rowling apologized for her criticism of a Donald Trump video that appeared to show the president ignoring the outstretched hand of a boy in a wheelchair. That video was revealed to be doctored. In fact, Trump had knelt down to speak to the three-year-old.

Re: my tweets about the small boy in a wheelchair whose proferred hand the president appeared to ignore in press footage, multiple /1