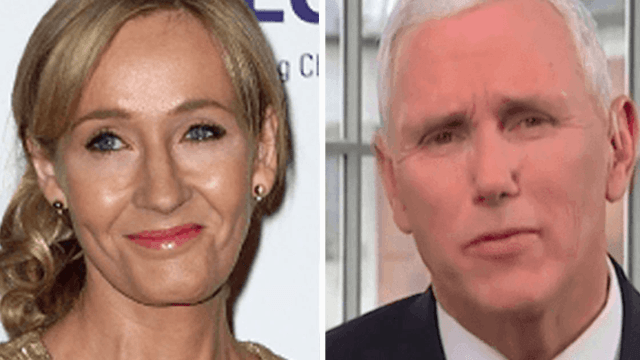 J.K. Rowling channels the Bible to strike down Mike Pence.

As protesters printed out Mike Pence's 2015 tweet opposing a "call to ban Muslims from entering the U.S." and brought it to rallies around the country, J.K. Rowling took the simple step of retweeting it.

Calls to ban Muslims from entering the U.S. are offensive and unconstitutional.

Although while J.K. Rowling quoted Vice President Pence, she added another quote too. This one from the New Testament.

'For what will it profit a man if he gains the whole world and forfeits his soul?'
Matthew 16:26 https://t.co/cYFglX3yRW