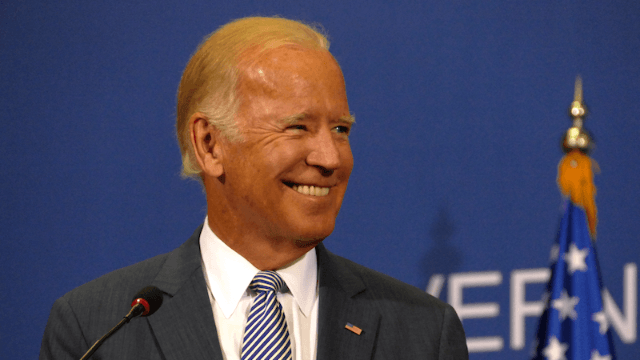 Very confident Joe Biden says he probably could have won the 2016 election if he ran.

Today, in "White Guys With Lots Of Confidence" news, former VP of the US Joe Biden said that he "could have won" the 2016 election. Damn Joe, where can I get me some of that unwavering self-assurance?

During a talk at Colgate University on Friday, Biden told students that the Democratic primary would have been "very difficult" but he thinks he would have pulled out a "W," the AP reports. His full quote to the room reads: "I had planned on running for president. And although it would have been a very difficult primary, I think I could have won."

Looks like "Biden would have won" - Biden, is the new and official rallying cry of the schmucks who were saying "Bernie would have won" after the election. I don't know what I find more frustrating: a bunch of white men putting down Clinton for her loss and celebrating Democratic in-fighting, or Joe Biden talking big game about how he could have won the election to a room of impressionable college kids while the country is suffering under Trump. And trust me, I want to love Joe Biden as much as the next guy! Those Biden and Obama memes are very cute! But...this annoys me.