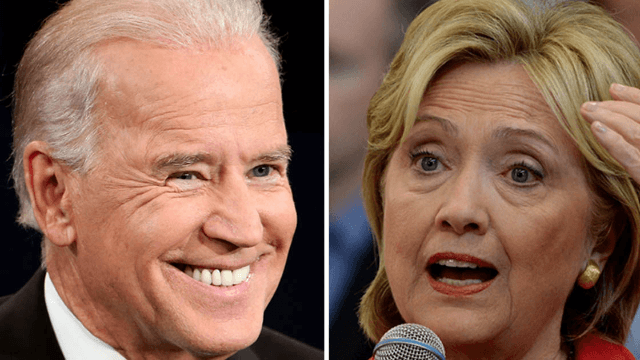 Here's why Joe Biden thinks Hillary Clinton lost the election, and why he would have won.

Joe Biden didn't run for president in 2016, but on Thursday—with a healthy dose of hindsight—he gave a glimpse into what a Biden campaign would have looked like. And in no uncertain terms, he laid out precisely why he thinks Hillary Clinton lost.

At an event at the University of Pennsylvania, CNN reports he indirectly chided Hilary Clinton for failing to focus on the middle class:

"What happened was that this was the first campaign that I can recall where my party did not talk about what it always stood for — and that was how to maintain a burgeoning middle class," said the former vice president.

"You didn't hear a single solitary sentence in the last campaign about that guy working on the assembly line making $60,000 bucks a year and a wife making $32,000 as a hostess in restaurant."

Biden continued: "And they are making $90,000 and they have two kids and they can't make it and they are scared, they are frightened."