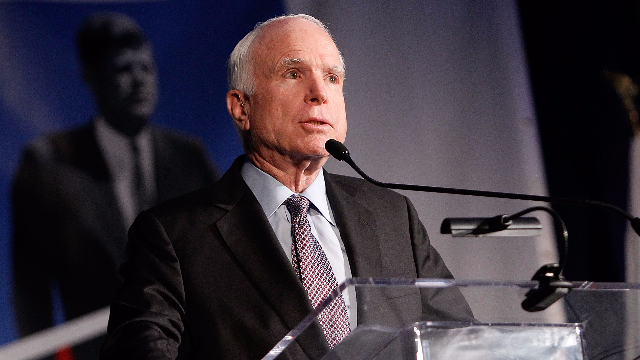 Senator John McCain has a brain tumor. Barack Obama says it 'doesn't know what it's up against.'

According to NBC News, McCain underwent a procedure on July 14 to remove a blood clot from above his left eye, at which point doctors discovered a brain tumor.

The statement reveals that McCain is still considering treatment options like chemotherapy and radiation. The good news is that "the Senator's doctors say he is recovering from his surgery 'amazingly well' and his underlying health is excellent." The office also says McCain is "in good spirits as he continues to recover at home with his family in Arizona." For now, he is on leave from the Senate.

The news brought out condolences and encouraging words from across the aisle, including statements from Barack Obama and Donald Trump. His daughter Megan McCain also wrote that her father is "one of the greatest Americans of our age."