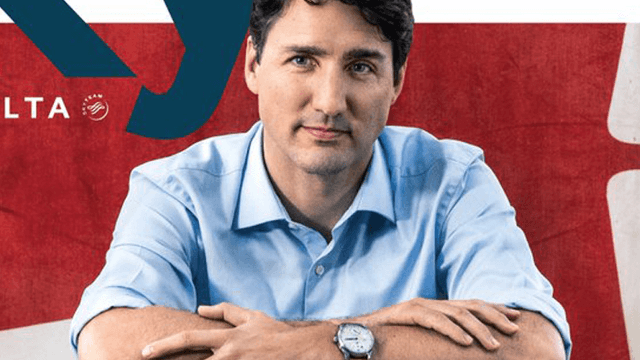 Delta's Sky just became the first inflight magazine you'll ever read on land, and it's all thanks to who else but human thirst trap Justin Trudeau.

Paging the internet. Is there a doctor? Cleanup in aisle 2. Drink cart coming through!

This is so exciting I'm getting my hack airplane tropes confused. It's not like the magazine was subtle.

Framing "prime time" around his spread-eagle crotch is just bad framing.
Or is it genius... https://t.co/0EFzuQ5PRq

If you need to claim you read Delta's Sky magazine for the articles, Delta says the cover story is an "in-depth look at the Prime Minister's connection with Canada and the challenges" blah blah blah LOOK AT JUSTIN TRUDEAU IN THE CHAIR.