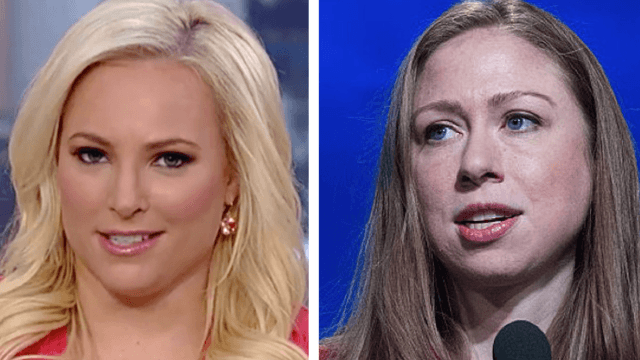 Meghan McCain blasts Chelsea Clinton over rumors she may run for office.

Meghan McCain, Fox News host and daughter of Senator John McCain, fired shots across the aisle at Chelsea Clinton, children's book author and daughter of politicians Bill and Hillary. And her comments are brutal. And hypocritical, but for reasons that have nothing to do with her father.

Meghan McCain continued to bash Chelsea Clinton for mere rumors that she might run for office, leaving no question that she likes to judge Chelsea Clinton through the prism of Hillary Clinton.

"Legitimately, she has attempted to grow a personality on Twitter since the election, which could have gone to good use when her mother was running for president but I guess only in loss you're gonna get some attitude afterward. I never had that problem, personally."