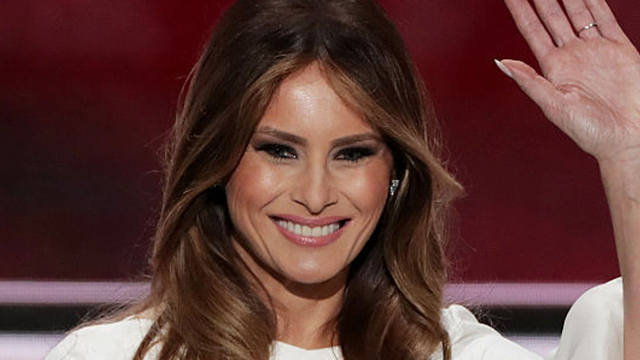 Here are the salacious Melania Trump cheating rumors floating around the internet.

If you want a well-researched, verifiable account of Melania Trump's marriage to the 45th president of the United States, click over to Vanity Fair and their long, nuanced article, titled: "Inside the Trump Marriage: Melania's Burden."

If you want some trashy rumors about a completely unverified affair between Melania Trump and the head of security at Tiffany's, well, there are corners of the internet for that, too.

Enter Perez Hilton, a site that compiled a series of tweets from novelist Monica Byrne—before they were apparently deleted—that lay out a Melania Trump cheating tale in just-less-than explicit detail.

Is this the time for me to leak the gossip I know about Melania Trump or should I wait. (And I'm serious btw).

It was, apparently, time.

OK, here goes. And I should say right off the bat: no, I can't reveal my source. So I guess this is the kind of leak that's more like a tip.

As in: HEY JOURNALISTS WHO INVESTIGATE THIS SORT OF THING: look into it via other channels.

Though I honestly don't know how newsworthy it is?—given that Melania and 45's marriage is obbviously dead to begin with.

But here it is: word is, for many years, Melania's been having an affair with the head of security at Tiffany's in the Trump Tower lobby.

...with DT's knowledge. They had an agreement (written, I think) that if DT lost the election, they'd get divorced. But then he won.

So they had to renegotiate the agreement. She is imprisoned in that marriage for as long as he's president.

Again: this is kind of obvious already to anyone with eyes. Melania looks miserable. But this would be a broader illustration of why.

Also it's why she doesn't leave New York.

Aaaaanywaaaaay. YES this is hearsay. NO I can't reveal my source. YES journalists should look into it.

And YES I'm biased. I want 45 and his whole wretched family out of power. Not one of them is innocent, including the ones who are pretty.

Let me be clear: in itself, DT's marriage matters not at all next to the Paris Accord.

But anything that would embarrass & therefore destabilize him, and accelerate his rate of self-destruction? Good. The sooner to impeachment.

And this seems like the kind of thing that would embarrass him. So: have at.