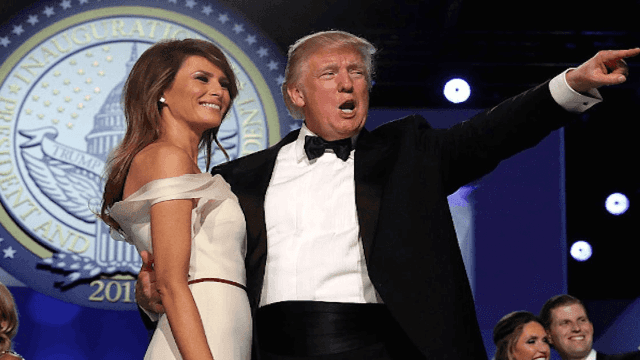 Melania Trump is as obsessed with cable news as much as her husband, apparently.

Despite years in the public eye, and now being one of the highest-profile women in the world, Melania Trump, and her marriage to Donald, remains a mystery.

The internet recently giggled with glee at the video of Melania Trump swatting away Donald's hand, and "Sad Melania" memes abound.

The two are prone to PDA, Public Displays of Animosity.

With the First Lady MIA from the Beltway, living in New York instead of Washington, people often assume that she is aloof and not involved in politics, but a recent report in Politico says that Melania is indeed a part of the operation.