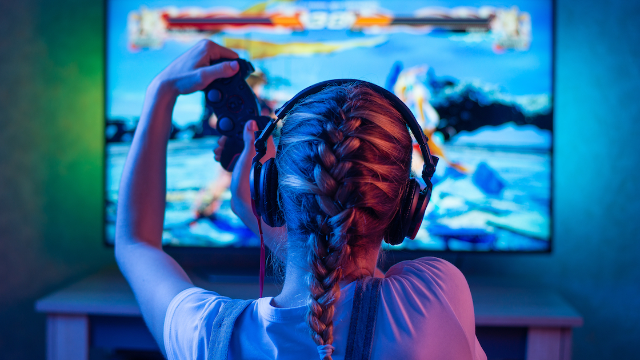 33 memes mocking the GOP's claims that video games are the cause of mass shootings.

Blaming video games for violence is a tale as old as the original MarioKart. And despite scientific research disproving the link between video games and shootings, the myth persists, with an assist from GOP politicians. Earlier this week, President Trump cited video games as one of the causes of the recent deadly mass shootings in El Paso, Texas, and Dayton, Ohio. "We must stop the glorification of violence in our society. This includes the gruesome and grisly video games that are now commonplace," he said. "It is too easy today for troubled youth to surround themselves with a culture that celebrates violence." Speaking of too easy, it's too easy for the GOP to blame video games than to take a stand against the NRA and white supremacy.

The internet was not willing to tolerate the President and GOP using this tired scapegoat and they instantly called out the bullsh*t with some darkly hilarious and poignant memes. Here are 33 of the best ones: