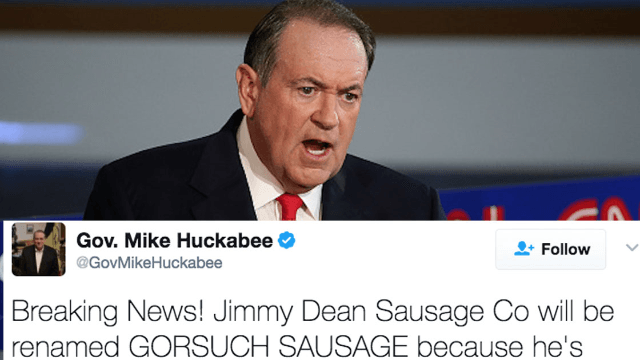 These Mike Huckabee jokes are so bad he's actually trending on Twitter.

Leahy at Gorsuch hearing is more effective than Ambien in inducing sleep; He makes Hillary look like a candidate for Dancing w/ the Stars!

Lots of people make lots of really dumb jokes on Twitter. That's why it's just astounding that this bad comedy is powerful enough to attract the attention of so many actually funny people.