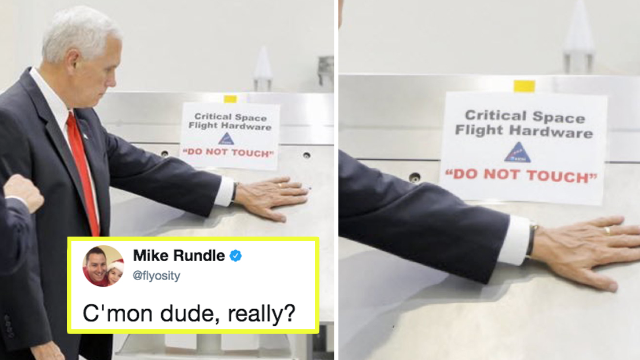 Mike Pence touched something NASA marked 'do not touch. The memes are out of this world.

Update 7/7/17: Mike Pence responded with memes of his own.

Okay...so this isn't exactly the first time this has happened. pic.twitter.com/6Y7b3UlJXe

Mike Pence employs a guy who knows his memes.

Mike Pence toured NASA's Kennedy Space Center on Thursday, and he just couldn't keep his hands to himself. Look at the photo below. You'll notice a sign that says "DO NOT TOUCH" in capital letters, adorning something marked as "critical space flight hardware."