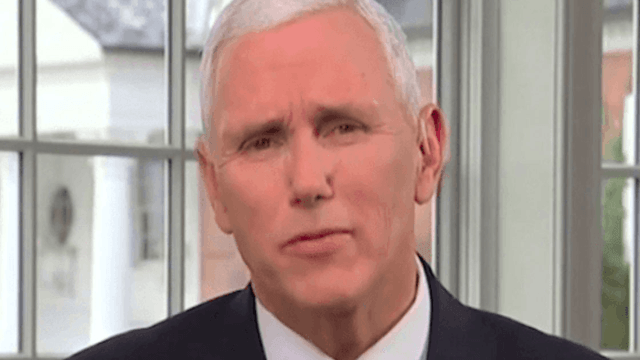 Mike Pence freaked out a bunch of lawmakers with the creepy nickname he has for his wife.

A Rolling Stone story on Vice President Mike Pence carefully highlights his nonsense posturing during the Carrier deal in Indiana, savages his political tendency to ignore any "square peg in round America," and details his longstanding homophobic ideals.

He also calls his wife "mother."

It's one of the odder personal tidbits in a political landscape full of them.

At a governor's mansion dinner with Democratic legislators during Pence's tenure as Indiana governor, the man who's now just one heartbeat away from the presidency attempted to avoid small talk by yelling to his wife, Karen.