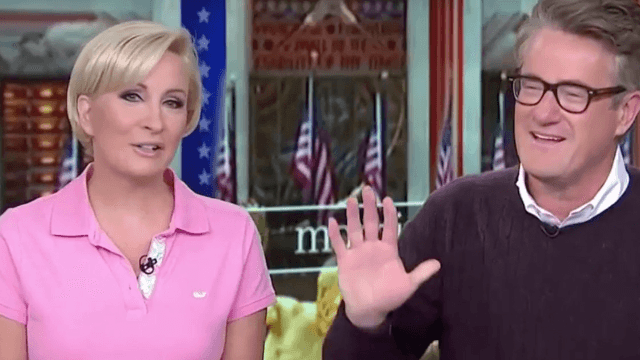 This is the 'Morning Joe' clip that threw Donald Trump into a tantrum today.

Donald Trump claims he no longer watches Morning Joe, the MSNBC news show hosted by Joe Scarborough and Mika Brzezinski, because they "speak badly of" him. But he must have been watching today, because something certainly set him off. The President tweeted about the show's hosts, calling them "Psycho Joe" and "low I.Q. Crazy Mika," and then proceeded to gossip about Brzezinski allegedly "bleeding badly from a face-lift." OUCH.

...to Mar-a-Lago 3 nights in a row around New Year's Eve, and insisted on joining me. She was bleeding badly from a face-lift. I said no!

TMZ has the clip from Thursday's Morning Joe that most likely sent Trump off the deep end and into the gross, sexist, inappropriate end (although, let's be honest, that's the end in which he spends most of his time).