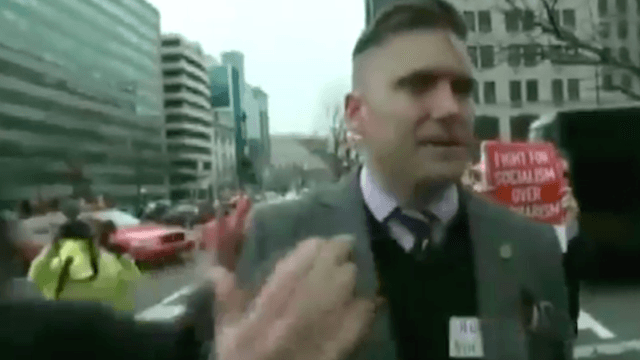 Someone punched an actual Nazi giving a TV interview, and we simply can't stop watching it.

Richard Spencer, the Nazi goon who has tried and failed to rebrand white supremacy as "the alt-right," was giving an on-the-street interview to the Australian Broadcasting Corporation after President Donald Trump's inauguration speech on Friday when an unidentified person clocked him right in his Nazi face. It was perhaps the only good thing that happened that afternoon.

He was in the middle of trying to explain Pepe the Frog, a decade-old meme that has been repurposed by anti-Semites and/or Trump supporters and declared a hate symbol by the Southern Poverty Law Center, when the haymaker landed.