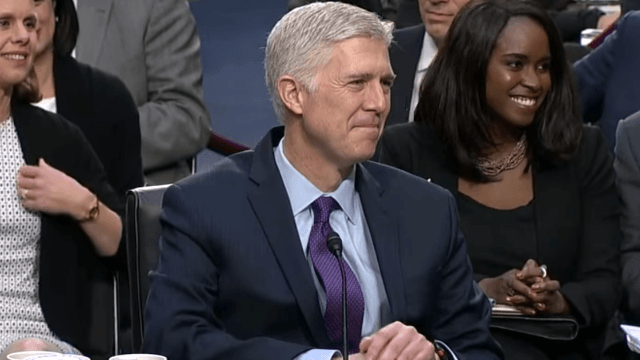 2017 is shaping up to be a bizarre year for American politics, and it just got even weirder.

Neil Gorsuch has been in hearings recently on his quest to be confirmed to the Supreme Court. On Tuesday, Republican senator Jeff Flake asked Gorsuch one of the internet's most debated questions: Would you rather fight 100 duck-sized horses or one horse-sized duck?

I'm not sure if senators are just running out of actual questions for Gorsuch, or if it really is important to ask a Supreme Court nominee what weird-sized animal he'd rather fight, but it happened and there's video to prove it.

Senator Flake said that the question had been texted to him by his teenage son. And you know what? Neil Gorsuch couldn't come up with an answer.